This is a new topic, standing for Bricks in Motion Animation Challenge/Contest. Although this necessarily isn't a bricksinmotion.com contest, this topic will cover all animation contests that have been shown on bricksinmotion.com's forums.

Today's post covers a contest  hosted by David M Pickett, creator of The NightlyNewsAtNine on youtube, and co-creator of website 'The Set Bump' formerly brickanimation.com, a fellow brickfilming review website and blog. He made a fake commercial for a non-existant TV show, and encouraged fans to get involved. He had a total of 10 entries. Now, I'm going to break it down for you.
Overview - To make a short episode of a police - based TV show.
Challenge - None in particular.
Winner Setup - 1 Winner, and 5 Runner-Ups
Prizes - $50 Lego voucher for the winner, and $10 Lego vouchers for all the runner-ups.
Judge - David M Pickett
Length of time allowed for the challenge - 21 Weeks
The Entries
1) A Friend Of The Police by historylegoman - Winner -
2 )Malarkey's Promotion by AlphaAndOlegoStudios - Runner-Up -
3) The Coupon Collector by backyardlegos - Runner-Up - Highest Rated On BiM - Highest Rated On YT
4 )Lego Police Show by Sylvarsty - Runner Up -
5) A Job For Malarkey by legoguy1159 - Runner-Up - Most Viewed -
6) The New Recruit by majypook13 -
7) Policeshow by ShortProductions2012 -
8) Evil Robot Strikes by LEGODummy98 -
9) Police Show Episode 1- Robo Cop by HoverforgFilms - Runner-Up -
10) Police Show Entry by legominecraft2 -

I've listed the entries in order of which I enjoyed most - they were all good - but as you can see, I agreed with David's judging.  Well done him for organising it.... 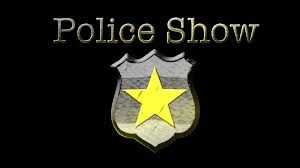